Elysian Sanctuary Offers Gameplay Upgrades — and Your Very Own Legion 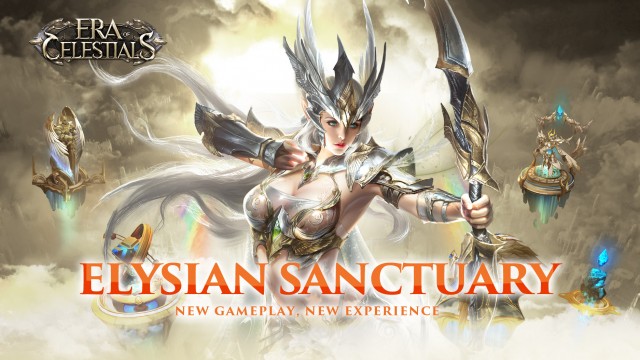 18.04.19 YOOZOO Games | After last month’s Strongest Vanquisher (season 1) eSports tournament, Era of Celestials is now gearing up to offer players another chance to fly into competitive airborne combat; only this time via a big game-changing update — Elysian Sanctuary.


While ‘Vanquisher offered winners the chance to etch their names on the Temple of Way; Elysian Sanctuary represents an all-new dimension for play within Era of Celestials’ game map, with its various sanctums providing numerous resources and upgrades for players:

You can upgrade the each of the sanctums and locations to make them more effective in distributing resources and they will also produce higher level items (associated with each ability).

Another exciting development Elysian Sanctuary brings to Era of Celestials’ is the option to form a legion and represent your nation. Your legion can hold hundreds of players and is now available to players from all over Europe, the Americas and Asia.